New for the 2019 race season at York Racecourse.

We’re no strangers to dietary requirements, allergies and intolerances. Within the catering industry we are, more than ever needing to challenge ourselves by coming up with suitable, tasty and interesting alternatives that suit as many needs as possible. 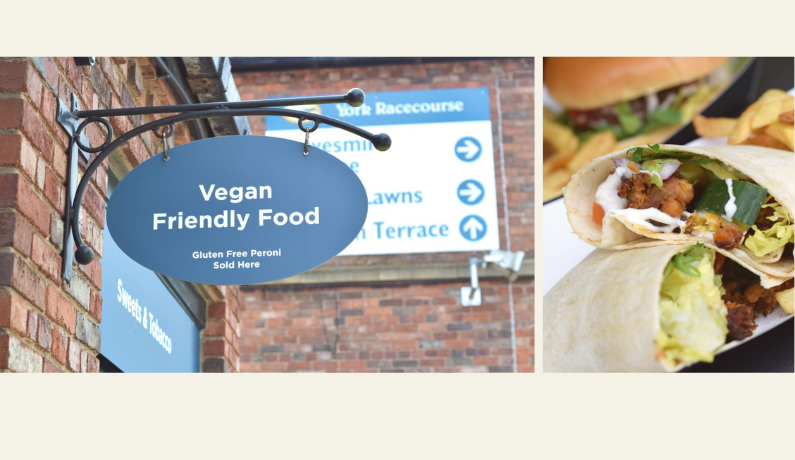 With all of that in mind we’re so pleased to announce the brand new Vegan Friendly Food offering for all of York Racecourse racegoers. In-between and adjacent to the Knavesmire Stand and the Roberto Lawn & Southern Terraces, nestled amongst a range of other eateries, you’ll now be able to feast on vegan alternatives to the classic racegoing food-on-the-go fayre of; burgers, sausage sandwiches and wraps.

Run by our long-term mobile catering collaborator The Delicious Food Company, the new kiosk uses Yorkshire suppliers Heck ‘Bollywood Bangers’ for its sausage sandwiches (which may look alarmingly green, but are quite delicious!) they also use Heck’s ‘The Beet Goes On’ burgers which are juicy to bite into and certainly not lacking in flavour. Danloon catering food provider provides the falafel, and all of the dishes can be served with crunchy salad and as much or little sauce as you want! 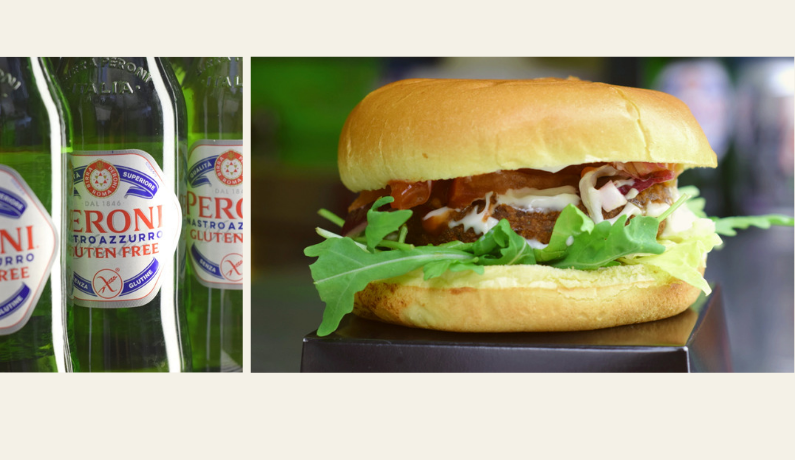 Not only does the kiosk serve vegan food, but  it happens to be the only location on the racecourse in which you can buy the ever-popular Gluten Free Peroni.

What’s on the menu? 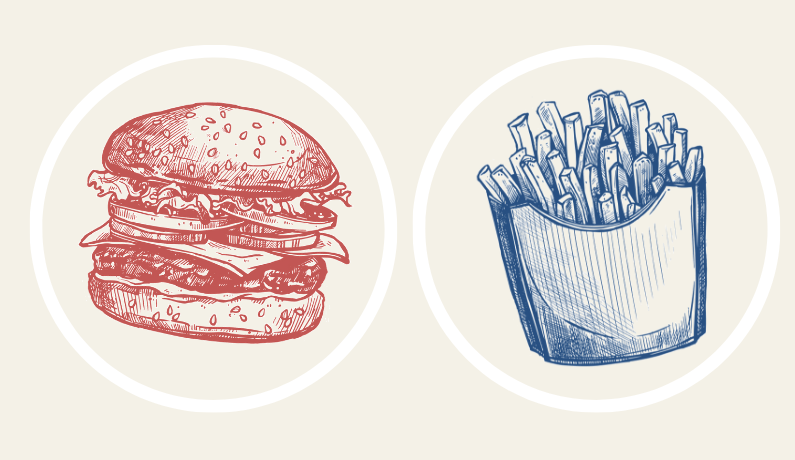 The Vegan Friendly Food kiosk is located in the Grandstand and Paddock area, in-between and adjacent to the Knavesmire Stand and the Roberto Lawn & Southern Terraces.

Please enter your name and email to signup for updates. *By clicking the ‘submit’ button, you are agreeing to receive CGC Event Caterers’ newsletter. We take the privacy of your data very seriously and will not use this information for any other purpose. You can unsubscribe from the newsletter at any time by following the instructions in any email you receive. For further information please view our Privacy Policy via the link in the website footer.